Jaimie is an enthusiast of all things online education and technology … from leveraging technology to enhance process efficiency to building online student communities. With over 20 years of experience in higher education, Jaimie spent the first 15 years of her career in student affairs/services which serves as the foundation for her experience and passion for making a difference in higher education. She has also served as a full-time and adjunct faculty member in face-to-face, blended, and online (using synchronous and asynchronous technology) modalities. Jaimie is a co-editor for two volumes of books about online education (published by Emerald Publishing): International Perspectives in Higher Education: Supporting and Engaging Online Learners, and International Perspectives in Online Instruction and four volumes about international perspectives on equity and inclusion. Jaimie also loves crafting and CrossFit. She lives in Southern California with her husband, two young girls, and two Goldendoodles. 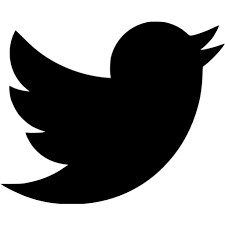 Tom Studdert was destined to be in education from the time he was a child. Both his grandmothers, parents, and younger brother all have teaching backgrounds. From the time he was a toddler, Tom wanted to be a teacher, too. While in college, he discovered Student Affairs and eventually started working that career path, eventually becoming an Assistant Dean of Students. During his time in education, Tom was focused on first-year student programming and was passionate about understanding how student development (in particular student transitions) contributed to persistence and retention. After 20 years working in a university setting, Tom pivoted to working in an learning & development role in a tech firm based in the Pacific Northwest. Since then, Tom has overseen employee learning & development, sales enablement, customer onboarding and education, and customer implementation. Outside of work, Tom is an avid swimmer, usually swimming 4-5 times a week. While he has family in Phoenix, Arizona and Houston, TX, he currently resides in Bethesda, Maryland.

Ryan Mellinger is a freelance audio engineer based out of Nashville, Tennessee. Ryan’s lifelong passion for music and technology translated into a professional career in audio, after leaving the University of Oklahoma to pursue music production. After 2 years of DJing around Dallas and making connections, he moved to Nashville to attend the Blackbird Academy, where he became certified in recording and live sound engineering. From there he went on to work all around downtown Nashville as a front of house audio engineer, putting bands and speakers on stages for huge audiences every night. When the COVID-19 pandemic shut down live music, Ryan began to consider his other options. Using his knowledge in studio settings and equipment available to him from years of producing music, Ryan pivoted into freelance content creation from home. Since starting his own media company, Melly Audio, Ryan has produced hundreds of podcast episodes and has been the original producer of 3 podcasts to reach the global top 10% of listeners. He has also edited dozens of audiobooks available on Audible and his voice has been featured on several YouTube channels garnering a collected total of over 13 million views. His website where he offers his services can be found at MellyAudio.com.